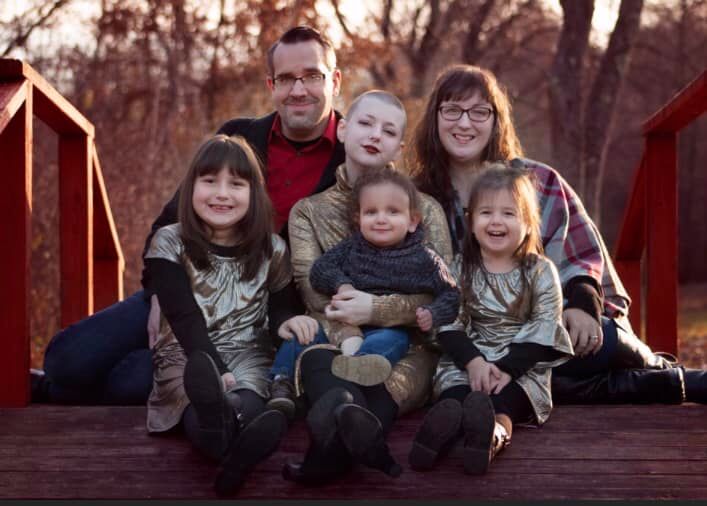 I met Amber and Eli at one of our Grief is Love online retreats for parents during the pandemic where I first heard of Alister, their youngest child. Alister was born with a rare & complex genetic disorder called Alagille Syndrome, which affected his liver and heart. Over the first 2 years of his life, they navigated the difficulties of having a medically complex child. Although he had many doctors’ visits and a long list of life-long medication, luckily, Alister’s life was not at risk. His older siblings adored him and the family felt complete.

Out of nowhere, on July 8, 2019, Alister was diagnosed with acute lymphoblastic leukemia. It was not tied to his genetic disorder but his already fragile health made it very hard for him to handle the harsh chemotherapy treatments. Alister was able to get into remission, but sadly died of septic shock due of a fungal infection 7 months and 3 weeks into his treatment in March of 2020, right at the start of the pandemic.

The family arrived at our retreat hoping to ease their sorrow by meeting others. It was a little harder for the teen siblings, but Abigail (age 6), the youngest of the three, was spunky and warm and clearly excited to be on a trip away from quarantine life. On the second day, Abigail, happily playing with the other kids her age, fell awkwardly and broke her arm, badly. Eli took her to the local hospital where they learned that the humerus was completely severed and Abigail would require immediate surgery at Boston Children’s Hospital.

After years of dealing with hospitals and emergencies, how could this happen on the one weekend where they were trying to focus on healing? Amber, Felix, and Ashleigh stayed at the retreat (since only one parent could go with Abigail anyway). The mood at the retreat became somber, but also supportive. As Amber told us on the last day, “They were with the best people to have something bad like this happen. Because we all know the triggers to this kind of trauma.”

Eli returned at dinner on Saturday with Abigail, to a table-full of unicorns and balloons. All the other kids came up to her and signed her cast and it really was a special reunion that brought us all closer. They somehow had the energy to come down to the bonfire, and in our closing circle the following morning, I gave gratitude for their grace and grit. I was amazed with how the entire family handled the very unfortunate situation. And I was reminded of how bad luck seems to follow families around for a while after the death of a child. That is why we offer the support that we do. Our programs are truly needed and appreciated by these star-crossed families. 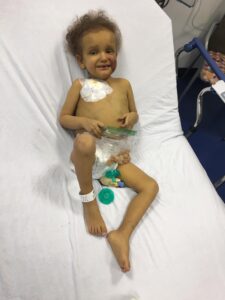 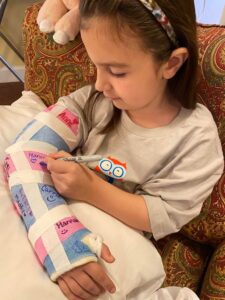