Support Us
A year farther gone, yet closer in Spirit | Rett's Roost 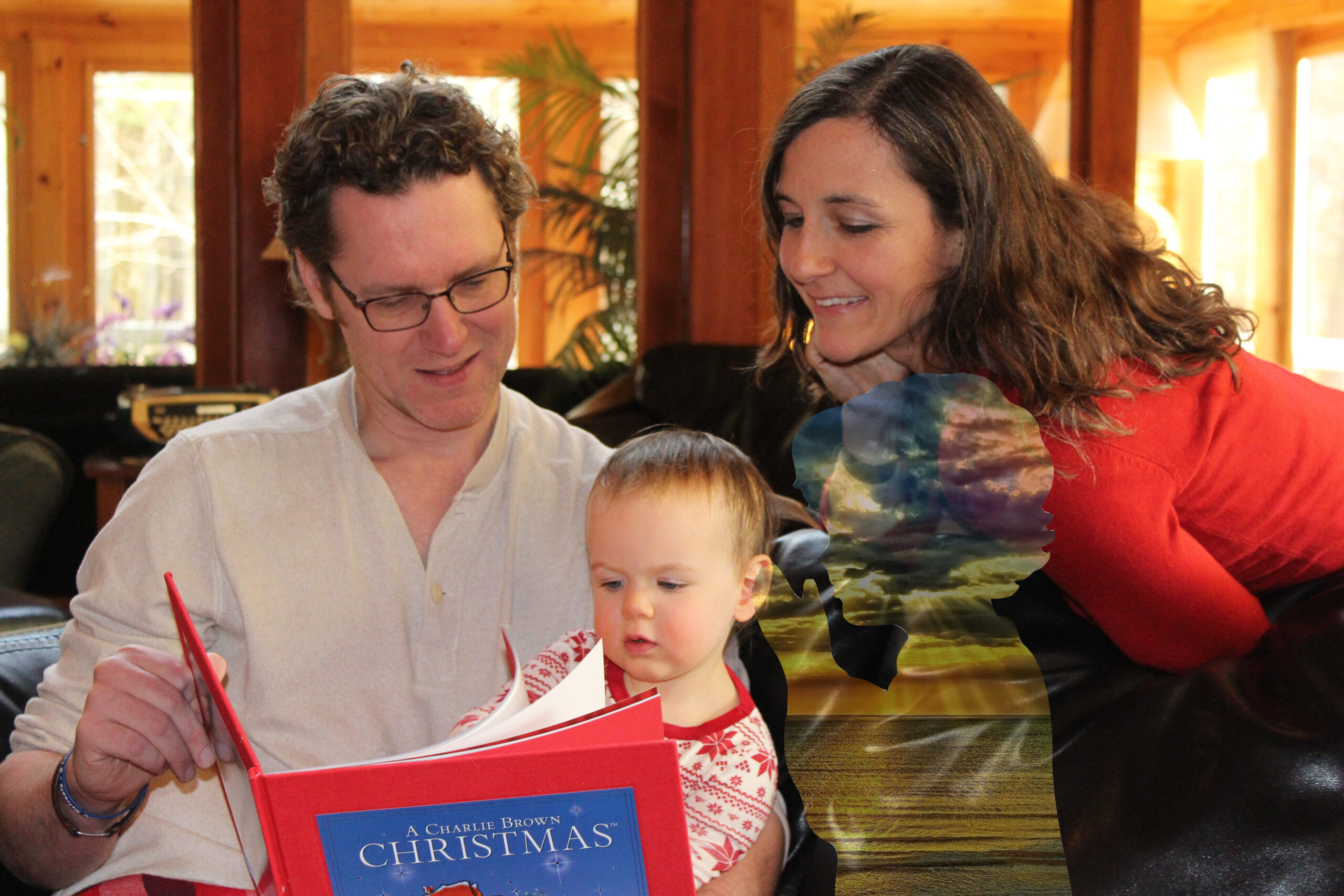 It’s been a year since we’ve posted in these Musings–which doesn’t mean that we don’t muse over our son on a daily basis. Honestly, it’s just hard to continue to write about a boy who is no longer here, and hearts that continue to be broken. Another New Year is upon us, which is just another hard day for bereaved parents (there’s at least 6 of them a year). A year farther from our child on Earth, but a year closer to being reunited after death. Morbid? Maybe. But it’s how the mind works when you’re missing one. Below is an adaptation of the letter we sent to many of our major supporters this holiday (note: it’s not all heavy-hearted)…

As time passes by, our grief continues to morph and evolve and enlighten. We are approaching year three without sweet, pensive, perfect Everett, and while we still and always will miss him beyond belief, we continue to find gratitude for the amazing people that create our Circle. Our community is what has made this a journey rather than a devolution… there are so people that genuinely care for and continue to encourage us. While the loss is tragic, the story is not a tragedy.

The start of 2017 was quite rocky for our little family. After an unfruitful move to Chicago for a couple months, we came home to southern Maine feeling discouraged and hopeless again. After that door shut, another one slammed on an opportunity in North Carolina. We felt cursed. Something about being back in New England seemed right though, and we were mindful to Rett sending us clear signs that we were meant to stay put. The roots of Rett’s Roost are in the Seacoast area of New Hampshire and Maine. No doubt, our return has been extremely positive.

This year’s summer retreats were invaluably worthwhile, once again. We started at Shilo Farm in Eliot, ME in June with three sweet families of children with cancer. It was a busy weekend that started off in the pouring rain and ended in the bright sun at Fort Foster. For us and the owners of the Eco B&B, Jonas and Amylyn, the vibe felt joyful and supportive. Fourth of July brought us back to Leyden, MA at Angels’ Rest. Here, six bereaved families gathered. The sharing circle at the opening was really strong, and each night parents stayed up late talking. Everyone opened up so much. It was truly beautiful. Two weekends later we held our first retreat with Momcology, an amazing national organization. Twelve grieving mothers connected deeply. Our last retreat took place in Waldoboro, ME at a new glamping campground called Tops’l Farm. This time, downpours made things pretty tricky… but we kept the fire burning and the spirit felt so powerful around us. At one point the last day, during our music therapy session as the sun finally emerged, a group of dragonflies descended upon us!

The Superhero 5K in October was also a huge success, raising over $20,000. We eagerly returned for a second year to Throwback Brewery, and are so thankful for all the runners and sponsors and volunteers that joined us. The summer-like day brought smiles to all the participants. Our greatest support comes from people that opt to donate monthly or annually. Even a continuous $5 donation sustains us so much over time. And to those that have raised money for us on their own—teaching yoga, running a race, selling products—that is incredibly valued too. It’s all the little things, and sometimes the big effort, from our constituents that has kept us burning bright.

What happened in between those retreats and the gathering of superheroes has not officially been announced until now. As a family, and with a lot of help and sacrifice from Deana’s parents, we were able to acquire a permanent home for Rett’s Roost in Ogunquit, ME. Over the past three years, Rett’s Roost has rented retreat spaces in various locations around Massachusetts, New Hampshire, and Maine. Most locations have not been ideal sites, either extremely remote, or when in a more desirable location, extremely expensive, especially during summer months. Securing optimal weekends (when many places rent by the week) has also been difficult.

Rett’s Roost’s mission is to create a sanctuary where families feel cared for in a peaceful, comfortable environment after often living in a hospital room for months on end on a shoestring budget while overcome by medical bills. The intention with the purchase of 22 (yes, #22, thanks Rett) Autumn River Lane in Ogunquit is to offer a cost-effective retreat space to Rett’s Roost, where we can choose any weekend we like for a retreat. A single “headquarters” also allows for retreat programming to be streamlined and optimized. The location is ideal because of its proximity to Rett’s Roost’s volunteer and donor base and because Ogunquit is an appealing and accessible town. When the opportunity rose, it became crystal clear why Rett kept shutting those doors when we tried to move. We plan to pilot three retreats in the new location next summer. Dates will be announced in January. 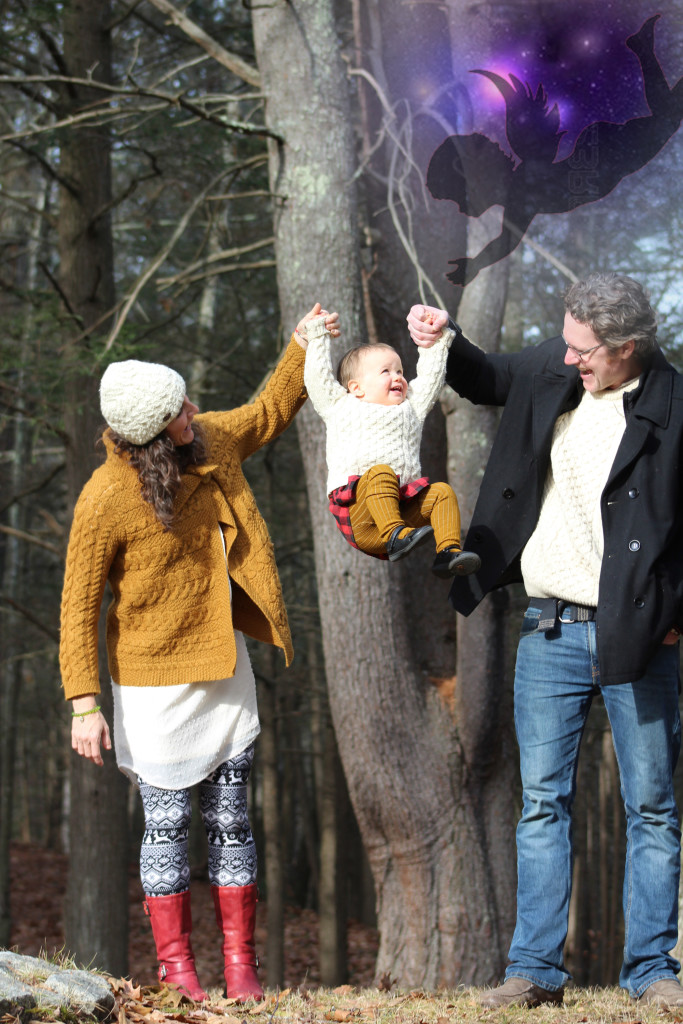 The last few years on the whole have been a whirlwind for us. Since Rett came into our life, we’ve been moving in all sorts of directions, trying to stay afloat raging waters. In general, it feels like the entire universe is moving very quickly. Towards what? Who knows. But almost everyone we know is witnessing intense struggles and transitions in their own life or through the life of a beloved. Not only that, but politics, technology, gun violence, ideologies, social media, and of course cancer—it keeps accelerating! Probably Facebook’s fault–LOL.

Staying grounded, present, accepting, and forgiving is the only way in this life. Evie, now more than twice the age of Rett, is our rock. She has helped us get through another tough year with her joyful soul and sweet disposition. We are so blessed to have been gifted another child. Everything feels like it’s falling into place, finally. Jim has a new job in Portland that fills him up professionally. He’s also working on a very important project—one you’ll all be very excited about—and yes, it involves words, purposeful, melodious, delicate words. For Deana, it’s all Rett’s Roost all the time. Her passion is unwavering. Sometimes grief turns into productivity and helping others. For both of us, that has been the case. It is one way of living after loss. It is our way of keeping Rett’s spirit close.

We wish you peace and good tidings this holiday season–a heartfelt wish for a happy close to your 2017. Winter has arrived with a bitter cold snap in New England, so we’ll be taking time to hibernate and be with our closest companions, and plan for next summer’s retreats. We hope you also have time to get cozy around a fire and reflect on the big picture, set intentions, just be. Celebrate and recreate traditions. Look past the all the material things and see what truly sparkles in your life. This is what we plan to do in our new home this year, watching our little Everly Jane as she absorbs and exudes all the magic that she is. Always looking for signs of her brother through her eyes.

Wishing you love, light, and a meaningful life,